The First Day of Freedom

Iron will and a new law bring Paul Redd home after almost half a century.

Managing Attorney at the San Francisco Public Defender’s Office, Danielle Harris, represented Paul Redd at his resentencing and was with him on the day of his release.

Together, they speak about the realities Paul faced in prison, in front of the parole board, and in the courts – and why no person should ever repeat the experience of Paul’s forty-four years.

Almost one-third of California prisoners – 38,000 people – are serving life sentences.  Many were sentenced at the peak of the mass incarceration movement when “tough on crime” rhetoric led California to enact some of the country’s harshest sentencing laws. Today, California has more “lifers” than the next three states with the highest proportions combined– Texas, New York, and Florida.

Those our system calls “lifers” are our fathers and mothers, our sons and daughters, husbands and wives, uncles and aunts, nieces and nephews, neighbors and community members. As they do “time,” so too do their families. Some have hurt others, others have endured trauma and suffering before and during their imprisonment.

For more than 44 long years, Paul Redd was a “lifer.” At age 19, he was charged with the murder of a local drug seller.  One of the two other men arrested for the same crime--in exchange for a deal ensuring he served no time--testified that Paul committed the murder. This man’s testimony was the only evidence to support the accusations against Paul and despite maintaining his innocence, Paul was convicted in a trial that lasted three days from jury selection to verdict. 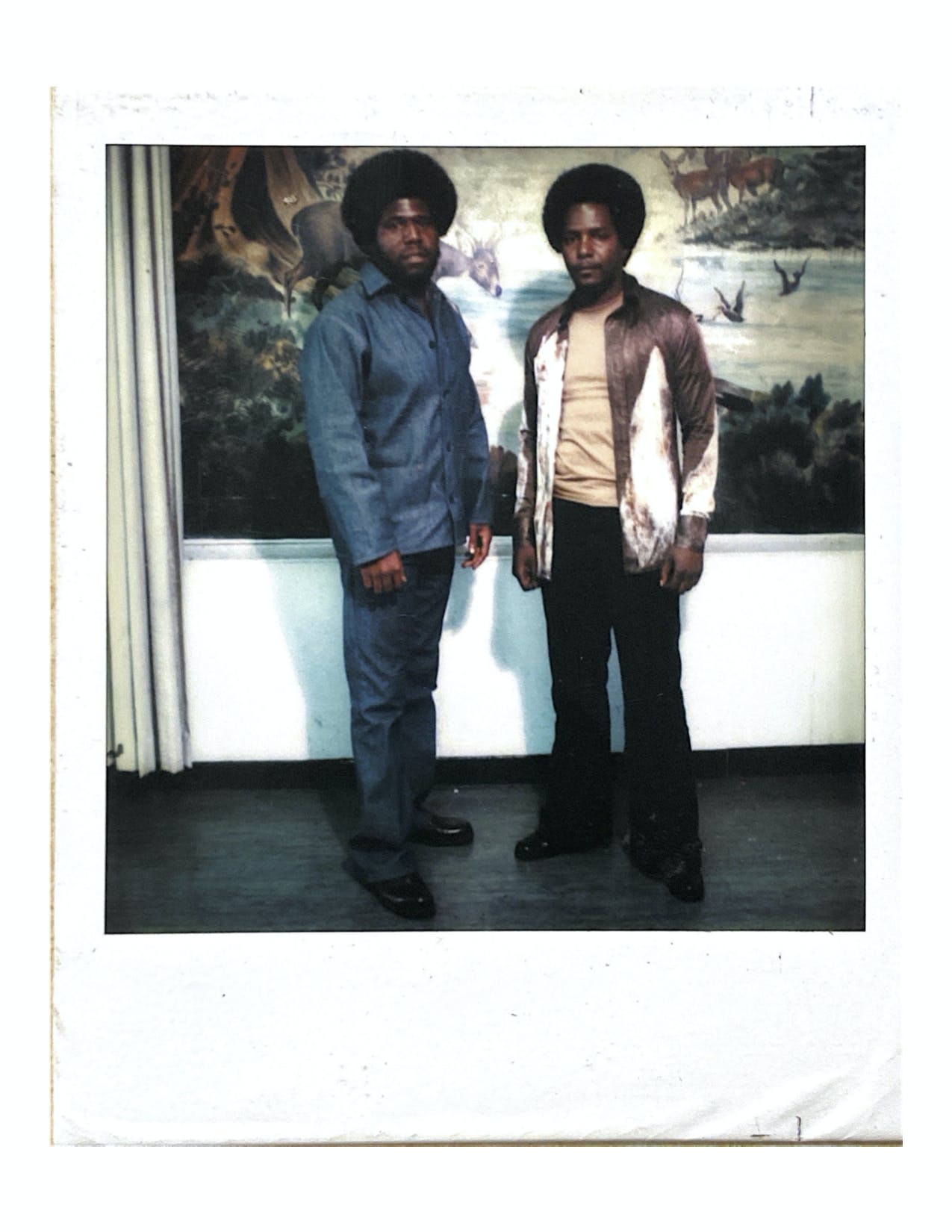 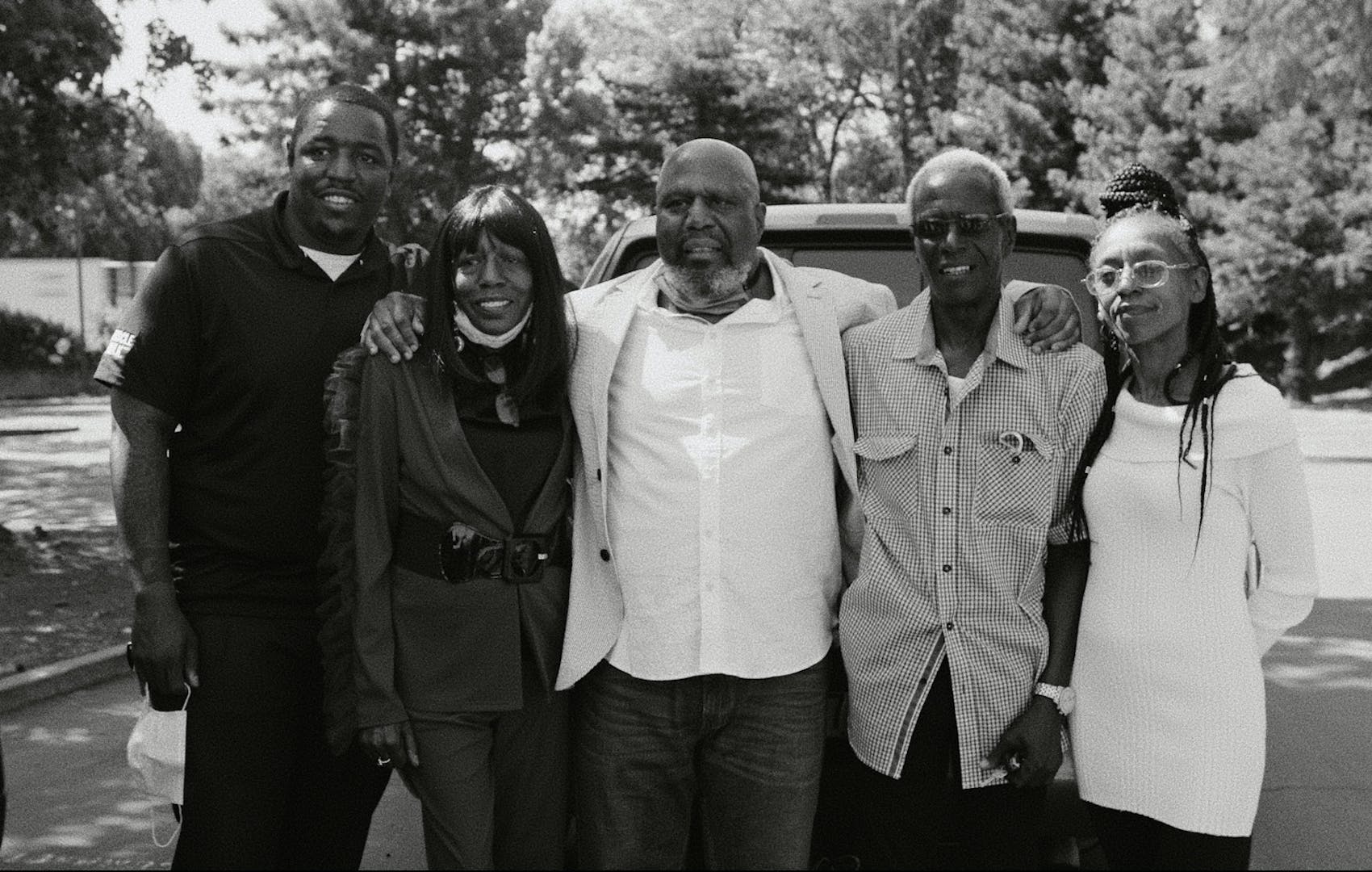 This supposed “justice” delivered Paul into the belly  of the carceral punishment system where he remained trapped for the next 44 years, enduring some of the most brutal conditions in modern prison history. Paul spent over 25 years in solitary confinement at the infamous Pelican Bay State Prison and another 5 years in solitary at other prisons. He was kept alone in a concrete, windowless, poorly-ventilated cell for between 22 and 24 hours a day under conditions designed to maximize sensory deprivation, loneliness, anxiety, panic, and pain.

Piling onto these years of torture, Paul has battled lung cancer, hypertension, diabetes, sleep apnea, and glaucoma in both eyes.

And yet, Paul Redd’s spirit could not be crushed. He overcame these tremendous obstacles to become a healer and a fierce advocate, for himself and others. Among other accomplishments, Paul was a beloved hospice worker, he facilitated anti-violence education groups, and started a cancer patient support group. This work earned him the support of prison doctors, nurses, terminal patients, pastors, and correctional officers, many who added their voices to his ultimate bid for release.

And perhaps most significantly, Paul Redd participated in the 2013 California prison hunger strikes and became a named plaintiff in a landmark class action lawsuit against the Department of Corrections.  Both actions were instrumental in reducing the inhumane use of solitary confinement in California.

Despite  all of this, Paul was denied parole at least 13 times. And then in 2019, three critical things happened. First, San Francisco elected a District Attorney who believes in second chances and data and who understands that “lifers” have just a 2.3% chance of reoffending, even those who do not have multiple comorbidities or stellar work and programming records. Second, the California state legislature modified Penal Code section 1170(d), making it possible for those in prison to have their sentences reevaluated by the District Attorney and the sentencing court. And third, Paul’s longtime friend brought his case to the San Francisco Public Defender’s Office, which had recently received modest funding to advocate for resentencing under the new law.

On May 17, 2020, Paul Redd was finally released from prison at age 63. He moved in with family members, secured employment with the American Friends Service Committee, a social justice and activism organization, in his hometown of Oakland, California, and committed himself to helping others seek resentencing and to advocating for legislative fixes to the many inhumane practices continuing in prisons statewide. 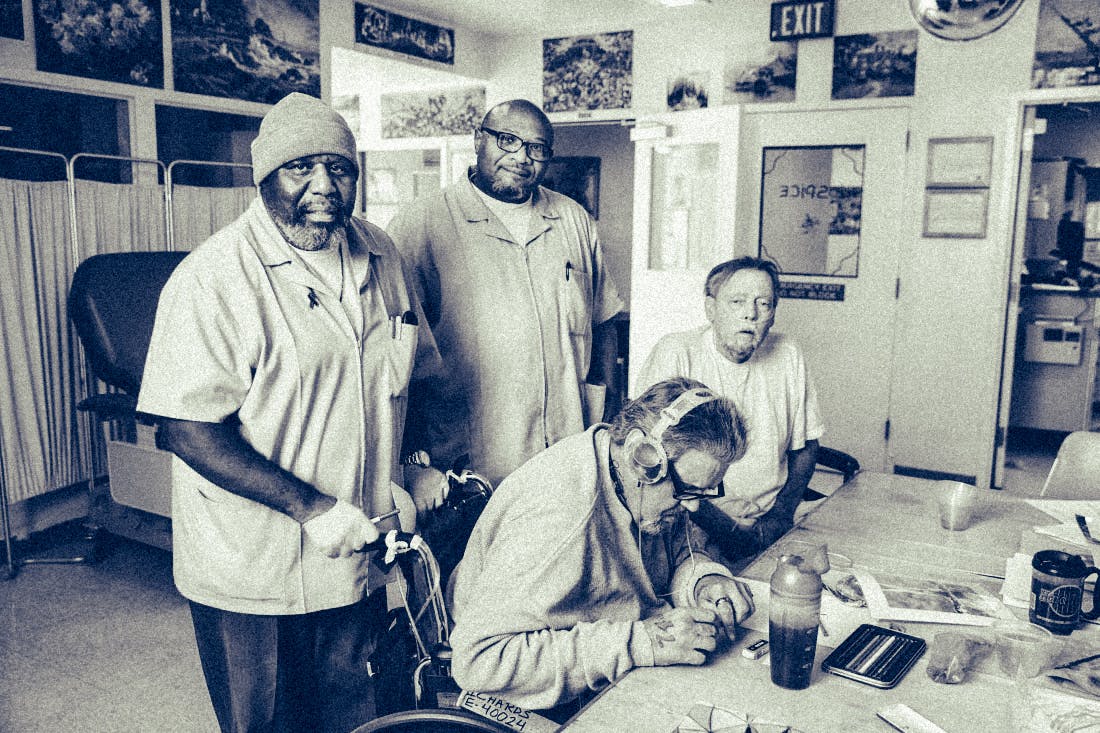 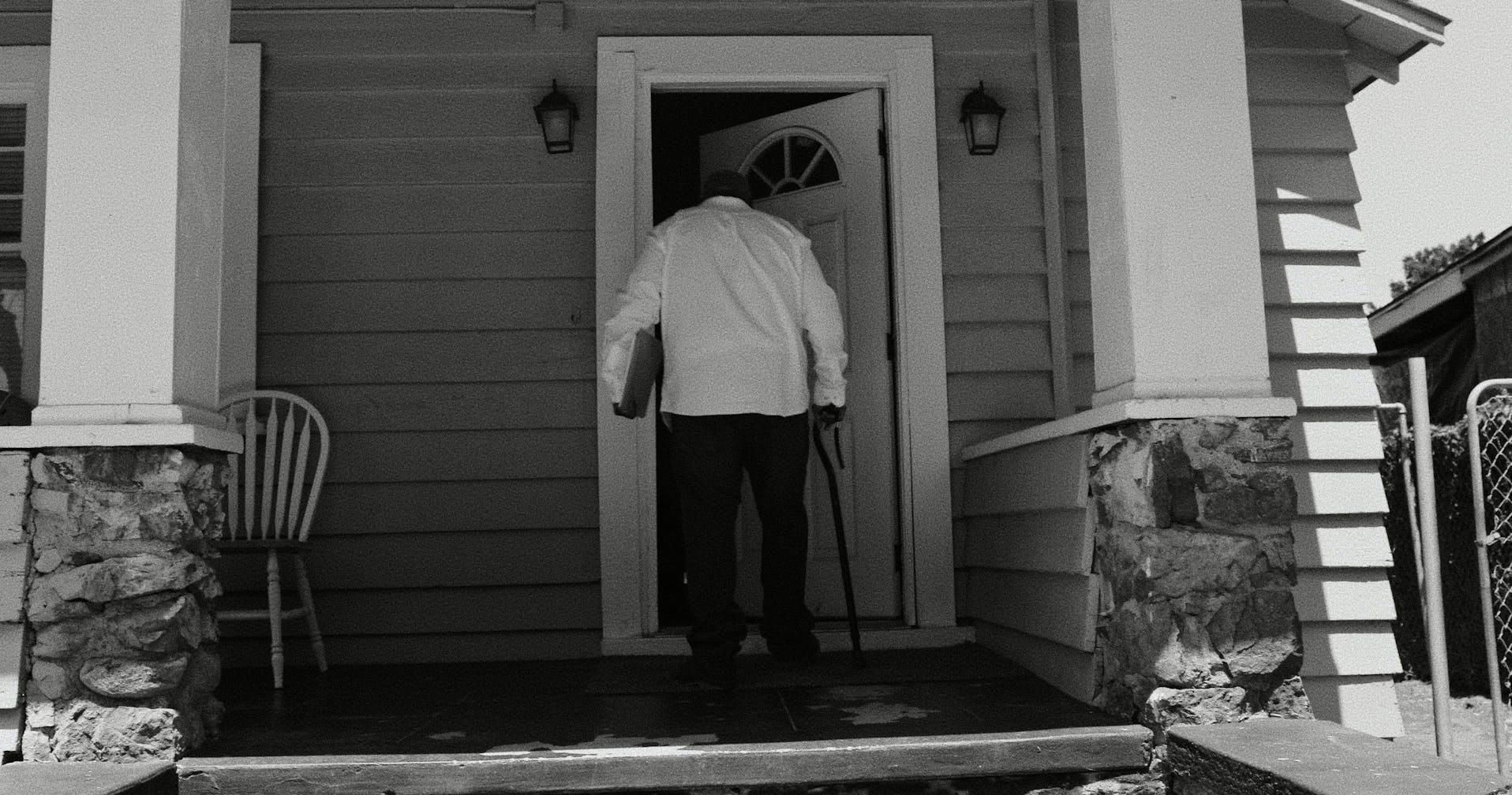 The time since my release has been eye-opening. Technology is so advanced, I’m still slow in adapting to it. I’m working with various attorneys and nonprofit organizations to create better avenues for those being released from prison, that would make it easier than what I had to go through...

This resentencing law can be effective across the board. I would like to see more DAs from different counties support it and more Public defenders funded to advocate for its use. I think it’s very important that a lot of prisoners who were teens or very young adults and have now served over 15 to 20 years be given the opportunity to be released. There are many elders  who have been in prison for a very long time and qualify to have their sentences modified…

So I’m working hard to get more people to embrace resentencing and get more people out. I’m also working with grassroots organizations that can be instrumental in establishing houses, job placements, etcetera, for those who are walking out of prison so they are able to survive in the outside world. You need the tools to adapt to changing times.

" While I’m grateful to be free from prison, I’m still determined to vindicate my name and show that I was falsely convicted." 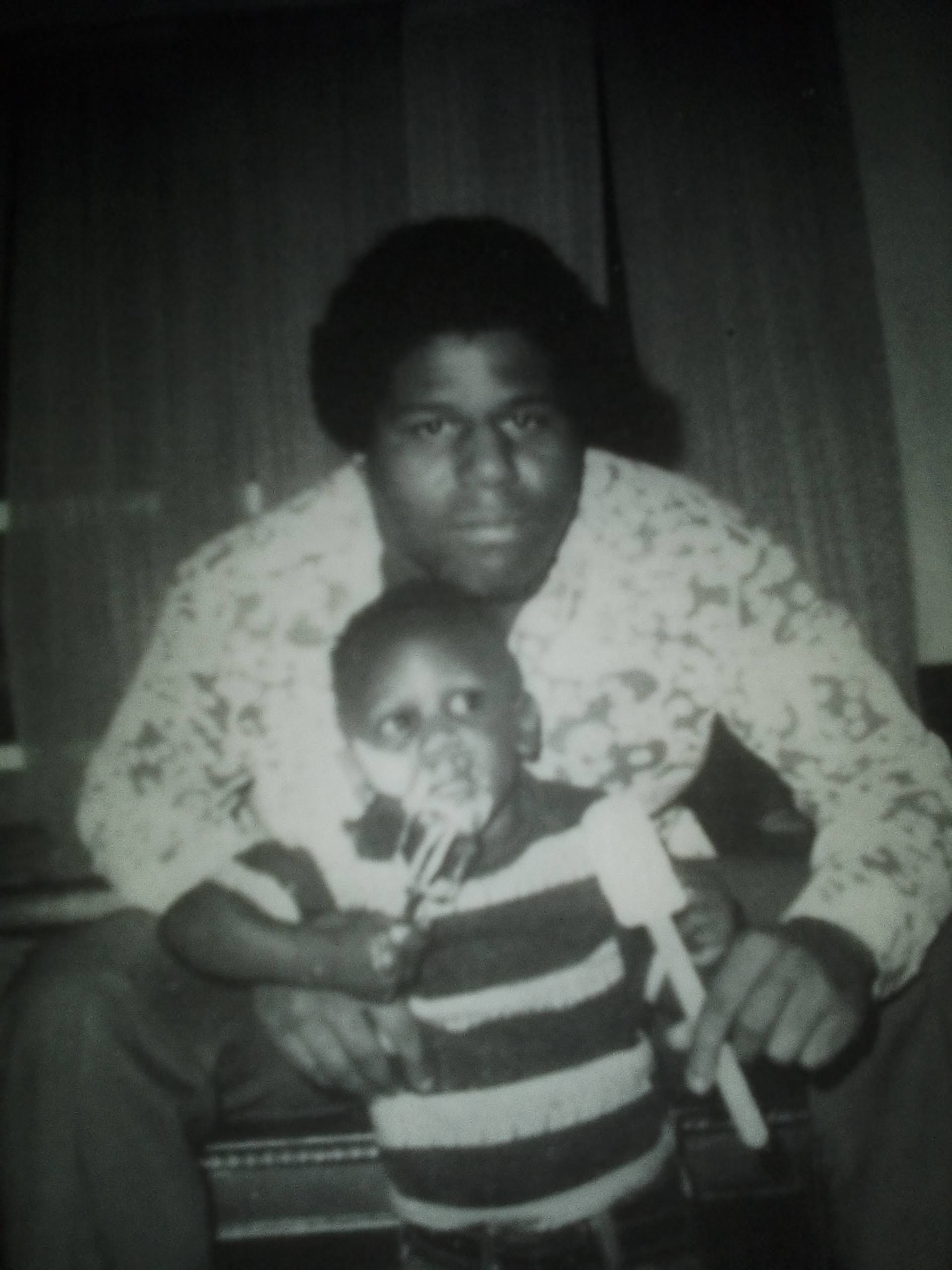 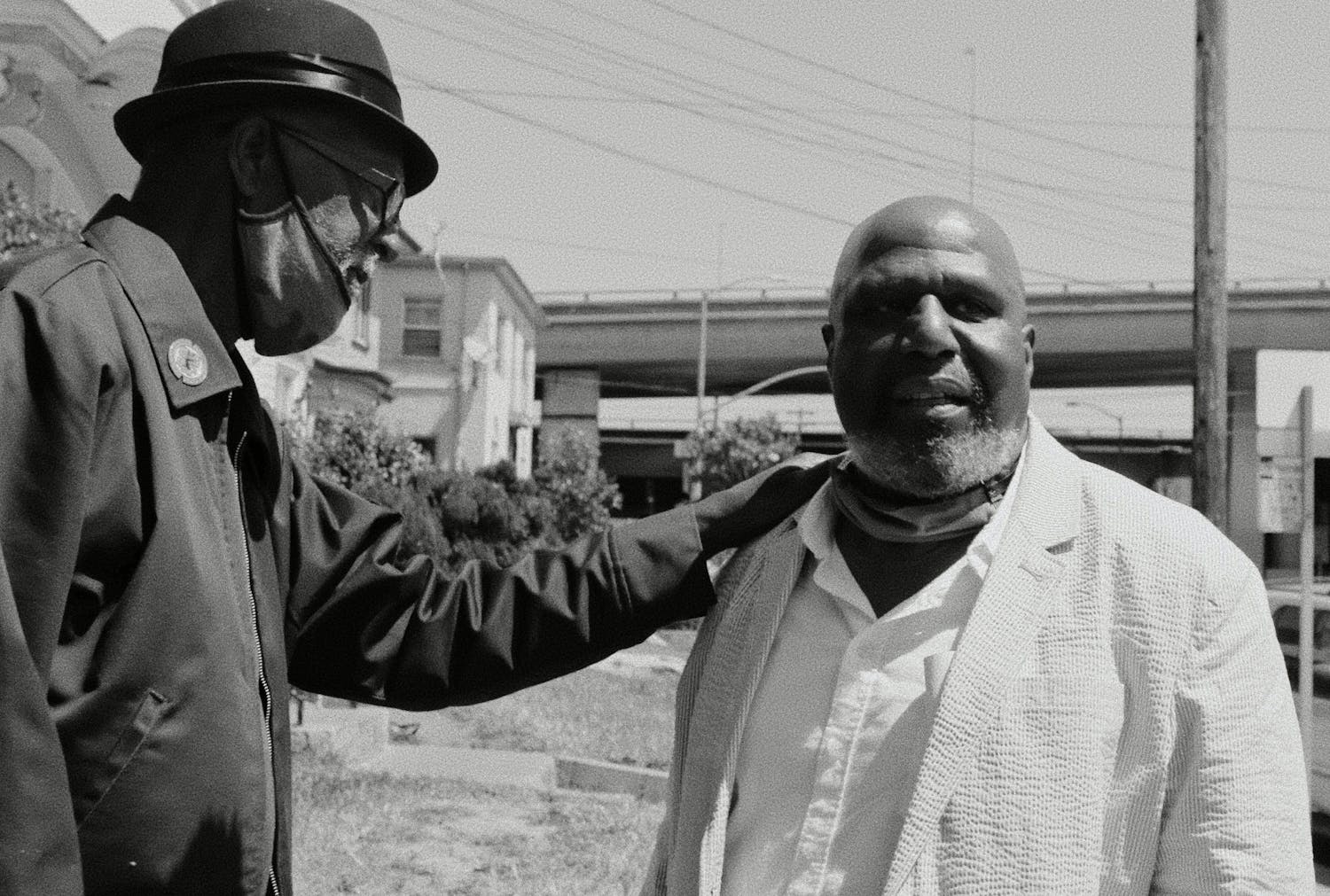 Laws and people can change.

Paul Redd’s story is hard to comprehend. He spent thirty+ years in solitary confinement for no known cause or reason. His murder conviction and life sentence happened just three months after his arrest and were based on testimony of a single witness with a clear motive to lie. And though he was first eligible to be released on parole in 1982 following his “7-years-to-life-with the possibility of parole sentence,” that possibility never manifested. Instead it took another 38 years, a change in state law, and a historic local election to allow Paul Redd to experience freedom in this lifetime.

And, Paul was lucky enough to have a resourceful free world community, including a lawyer who reached out to the SF Public Defender’s Office, and then a public defender with the time and resources to answer that call with urgency.

The SF Public Defender is the only elected public defender in California. This independence and direct accountability to the voters, instead of indebtedness to appointing politicians, allows the office to doggedly seek funds whenever a need is identified, as in response to new legislation.

Had any of the factors that contributed to Paul’s release been otherwise, he would likely remain in prison today, instead of spending his 64th birthday with his family, the first time they’ve been together for such a celebration since Paul was a teenager. 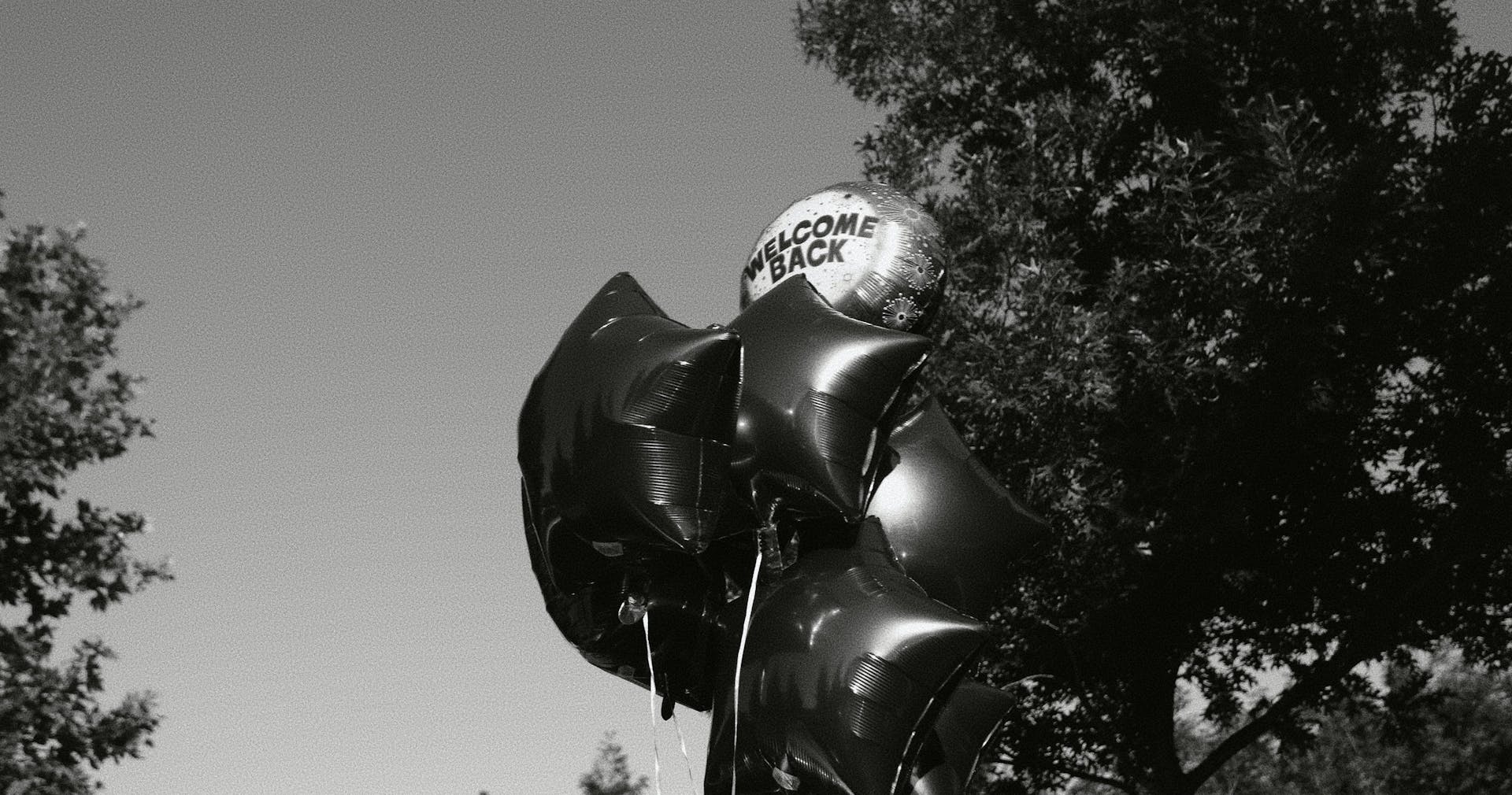 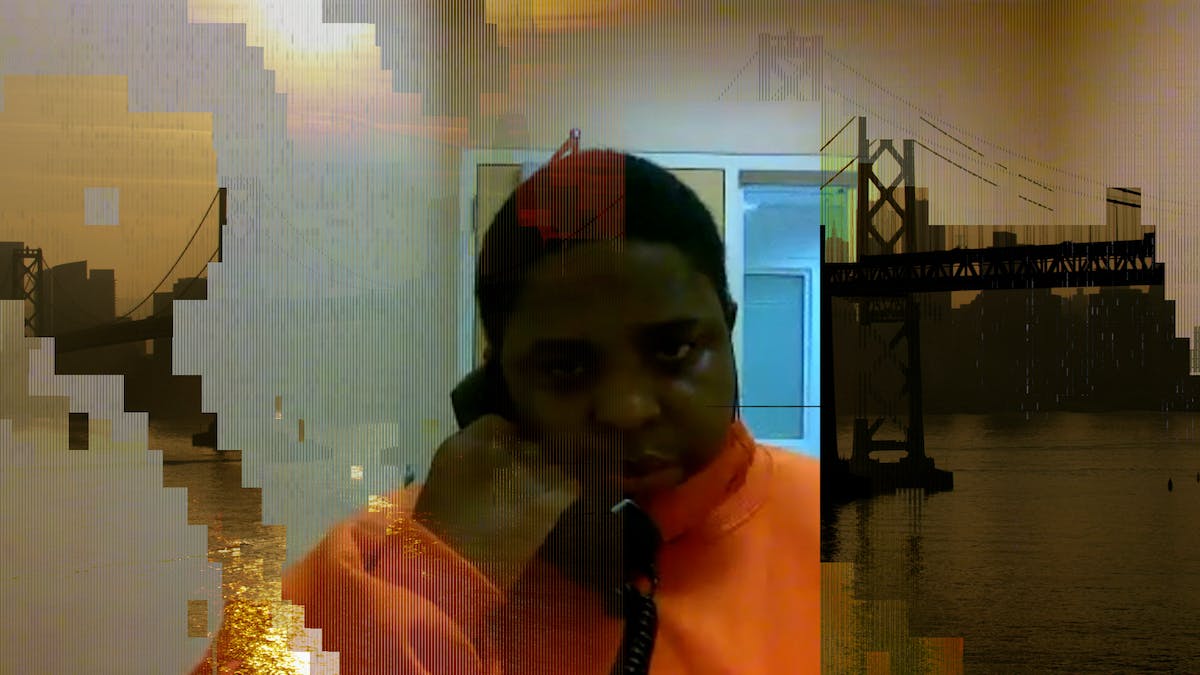 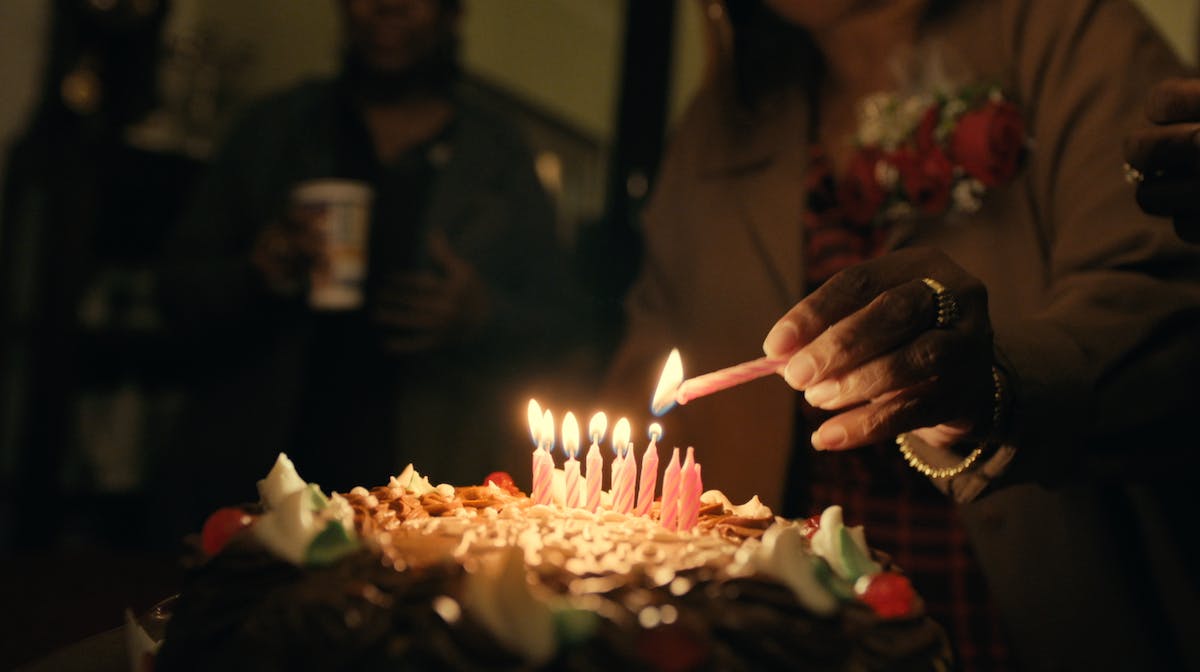 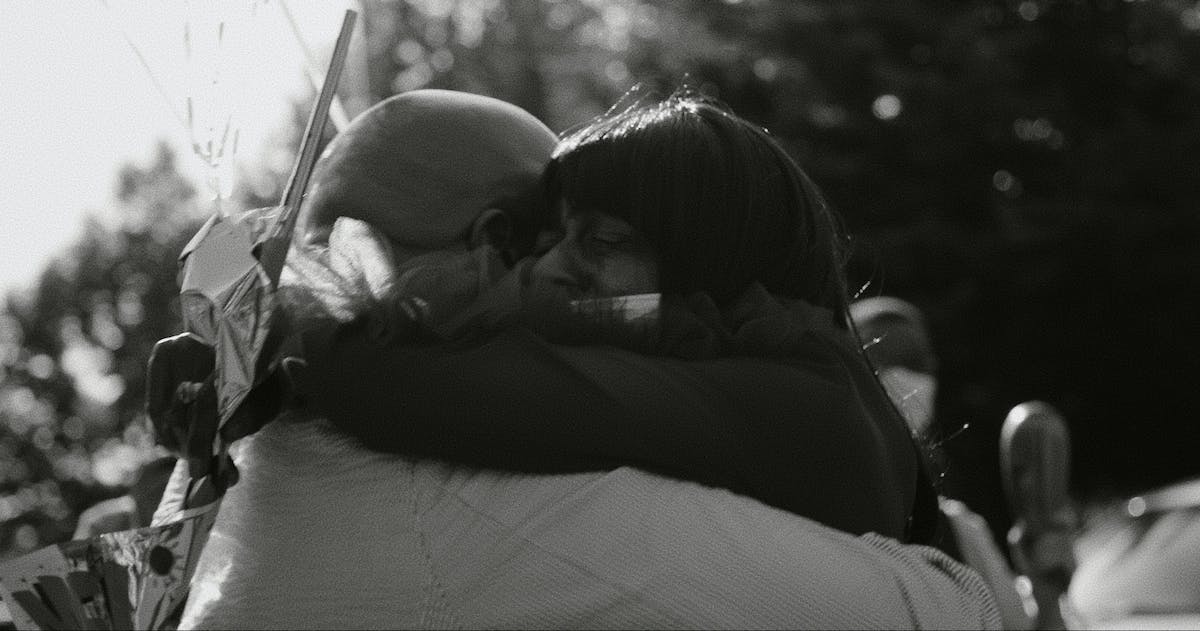 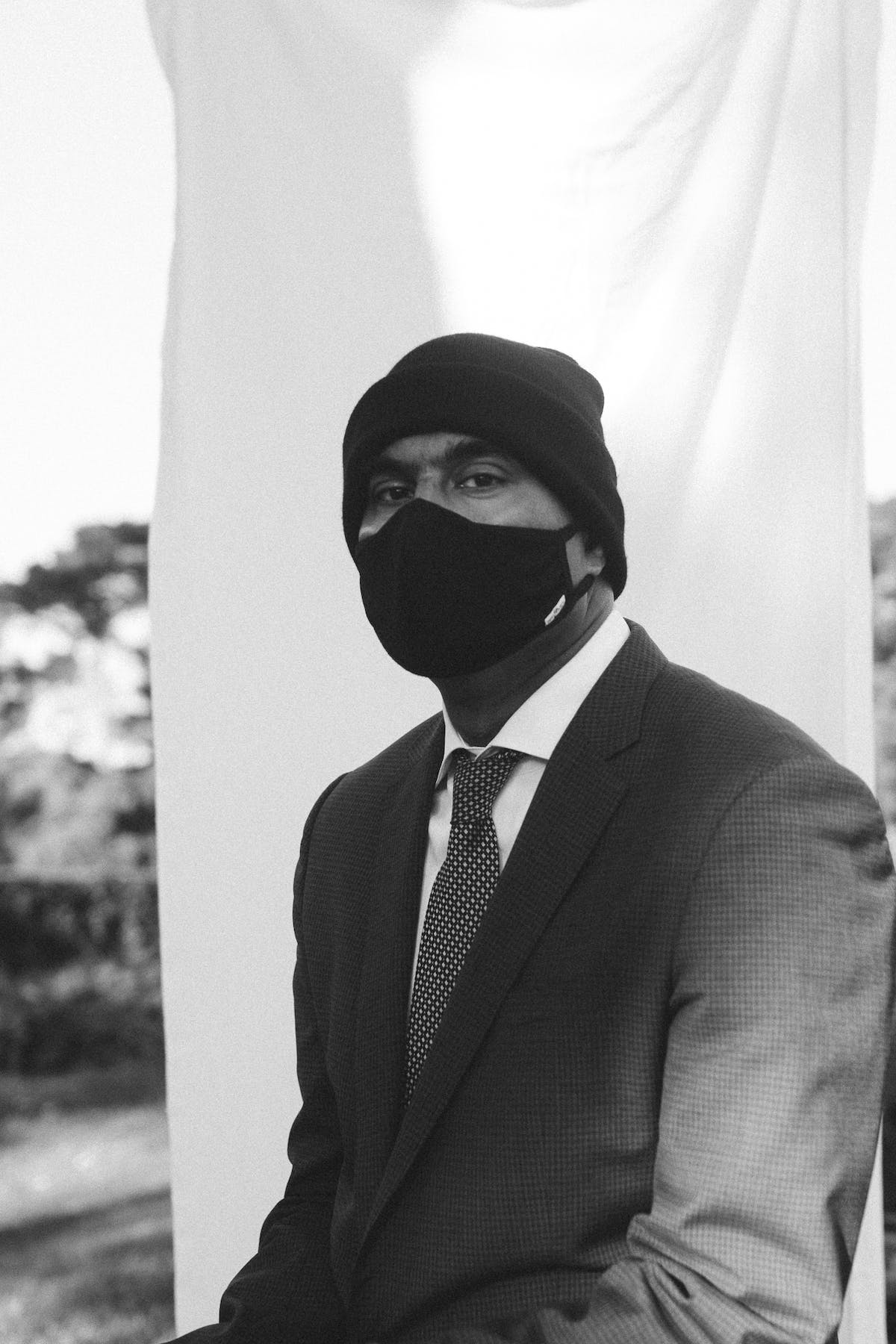 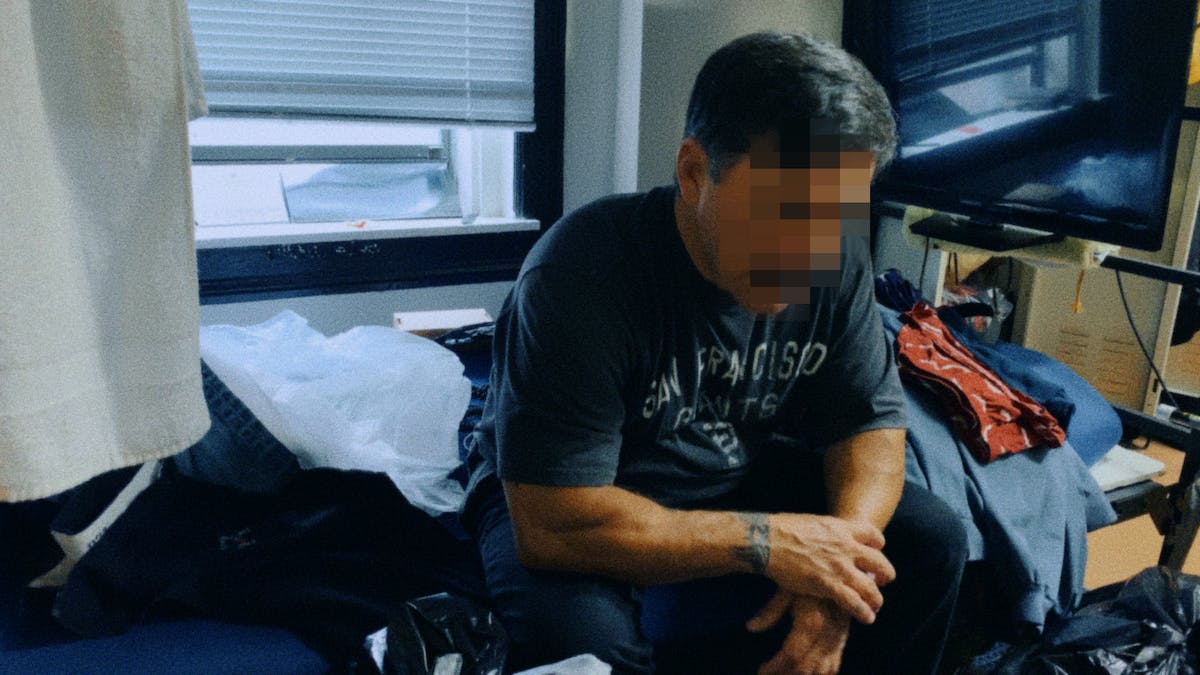